Samira Tawfik: The representative of Jordanian music to the Arab world

Samira Ghastin Karamona, better known by her stage name Samira Tewfik (Arabic: سميرة توفيق‎‎ surname also spelled Tawfik, Tawfiq, Toufiq or Taoufiq) (born 25 September 1944) is a Lebanese singer who gained fame in the Arab world for her specializing in singing in the Bedouin dialect of Jordan.She has also acted in a number of Arab films. 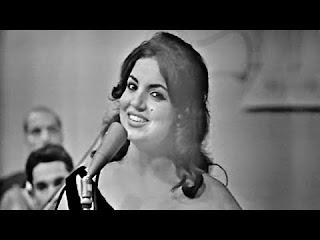 Samira was born in the village of Umm Haratayn in the Suwayda region of Syria. She lived in the Rmeil neighborhood of Beirut, Lebanon, where her father Ghastin, who was of Armenian descent, worked as a dock laborer.As a child, she enjoyed Classical Arab music and was particularly a fan of Farid al-Atrash. She often climbed a tree at her home and sang aloud his songs. She was heard by musician Albert Ghaoui, who was impressed with her voice and asked her father to become her musical mentor. Ghaoui introduced Samira to the Egyptian musician Tawfiq Bayoumi who taught her the tawashih musical form. Bayoumi also gave her the stage name "Tawfiq" (or "Tewfik") ("Success") when he told her al-Tawfiq Min Allah (success will come with the blessing of God). Her first hit on Radio Beirut was a song originally sung by Bayoumi called Maskin Ya Qalbi Yama Tlaawat ("Oh My Heart How You Have Suffered").

She struggled for success in Lebanon,due to the highly popular competing acts of Fairuz, Sabah and Wadi al-Safi, but she excelled after basing herself in Jordan in the 1960s and 1970s. There, the Jordanian Broadcasting Authority (JBA) employed her with the request that she sing in the Bedouin dialect. The JBA trained her to sing in the local dialect in order to make her music genuinely sound Transjordanian. Her first song played by Jordanian radio was her first hit, Maskin Ya Qalbi Yama Tlaawat. Samira performed her first concert at a Jordanian village called Ainata and the following day was invited to perform at an event attended by King Hussein. King Hussein became a fan of her Bedouin tunes and mawalil. She became the representative of Jordanian music to the Arab world by singing with the rustic, Bedouin dialect...continue