Behind Al-Salt project: An interview with Ismael Abdel-rahman Gil 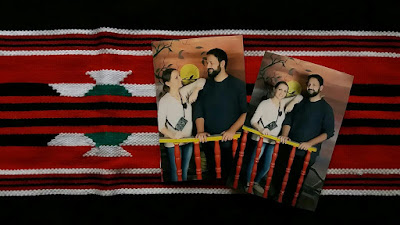 For those who don’t know or ever heard about Al Salt, it’s a town located in Jordan. it’s the capital of the province of Al-Balqa and is located 28 km from Amman. When talking about Al-Salt, I cannot help but think about my many childhood summer memories spent in this city, that sadly those photographic memories impressed in my mind are no longer recognizable in the city nowadays, given the myriad changes that have transpired over time. I remember the few homes that were visible outside of my grandfather’s house, the few lights that lit the horizon in the evening and the hours spent on the balcony contemplating them. I remember when my aunts used to take us to the mountains, surrounded by its beautiful nature where we would sit and drink tea, kept warm on top of an open wood fire. The sound of the man selling pinkish coloured kreizeh (a typical dessert made with water and semolina) on his head wandering around the streets shouting “kreizeh ... children”. Indelible images impressed in my mind. As I grew older I started to become more aware of the rapid changes happening to this small town. The mountains in front of my grandfather’s house morphed from beautiful green trees to a concrete jungle with people inhabiting seemingly every open space. More and more Western-styled houses with red roofs replaced the characteristic charm of the traditional Jordanian yellow stone.

My encounter with Ismael Abdel-rahman Gil was of fundamental importance to this project. Both our origins, in half, is linked to this town and it’s thanks to his detailed researches and hard work that together we tried our best to document every aspect of how once Al Salt lived and how modernization and globalization bought rapid transformation to this town. That’s why with the passing of years I realized that my photography served to capture the changes between past and present, and importantly capturing the past which was of vital importance as it’s the only remnant of a life I once knew and loved.

An interview with Ismael Abdel-rahman Gil.
Where are you from?

Even though it is one of the most frequently asked questions, it is still very tough for me to answer.

It seems a simple question, however I have always thought of it as something more intricate due to the fact that I cannot answer to it with just a single place-name. In fact, that is why my answer is always far longer than expected. Moreover, I truly believe that just a few people can actually understand what it’s like to have more than one identity or to belong to more than one place.

Throughout the course of my life I have lived in several places within the Mediterranean basin: Jordan, Morocco, Italy and Spain. Nevertheless, I have been always able to see not only the dissimilarity between these places but also their common ground. The tastes of various olive oils, the different types of breads, the different ways cooking the rice with what is left at home or currently in season, as well as baked dough made with some home-grown ingredients and flavoured with herbs of the forest nearby.

Since I am old enough to think for myself, this situation has been drawn up in my mind map of finding my bearings and my own benchmarks. The staircases and streets that define me also confine me. Up or down the street, the whole urban mazy network of the city or the temples. And regarding my senses: the smell of incense, prayer calls by voice or bell and even food callings with no fewer liturgies than praying. The same shall be applied to everything that I hear or see: old men that begin their day reading the obituaries of the newspapers and gathering with those who remain and that haughtily think that they are in possession of the absolute truth. They get together to fix the same world problems by offering the same obsolete solutions, while the eternal half full glass is engrossed in thinking about the possibility of something being sweet and bitter or cold and hot at a time. Can we be in two places at the same time? And what’s more, can we be in two times at the same place? 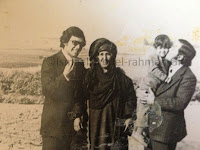 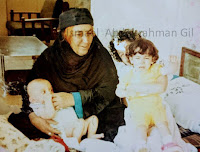 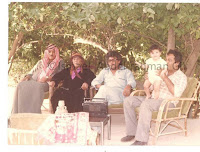 What makes Al- Salt worth documenting?

These factors that recur in different places and different times are the ones creating or recreating many things, for instance, the clichés, particularly the urban clichés that I have haunted. By this, I am referring first and foremost to the construction and the houses building techniques which endlessly captivate me: Gothic and Neogothic arcades, Ionic, Doric, Solomonic, and Muqarnas columns, Islamic spandrels, domes, transepts, apses, courtyards... the order and the chaos of the cities where I have lived. In short, these are all different architecture styles that can be found in any Mediterranean city and that always leave me speechless.

Al-Salt is, indeed, like any other Mediterranean city. However, it is much more deserving of praise since it is the only city located in an area where magnificent metropolis have never existed as the population was always nomad, Oultrejordain.

Al- Salt successfully became a key trading centre in the east of the Jordan River. New traders and their families were drawn by it and brought with them new artistic movements that mixed together with the local ones made it possible for this city to be as great as any other Mediterranean one.

It may be more humble or sumptuous than other cities, but still in a sense Mediterranean and with the same ingredients. Alt-Salt, which is in a harassed and accused region, shows me that it is possible to be Arab, Tribal, Muslim, or Christian to the point of demonstrating to me that two different characters, such as Saint Jorge and Al-Khidr are the same figure even if their hagiography doesn’t correspond. Although, it is a matter of faith. While some assert that faith is believing in what you cannot see, others claim that seeing is believing.

Therefore, Al-Khidr and Saint Jorge from Salt and Mahis, allowed me to back up what I thought in the first place and then witness by myself, that two can be one, and one can be two, without them being opposed. In other words, it is not contradictory to find two natures in one recipient that are at peace and not in conflict. After all, an olive can sprout from a tree in the same terrace as the wine of a vineyard, without both being the same.
Pubblicato da Fatima Abbadi a 05:13 Nessun commento: